Back in 2012, I signed up for my first RPM Challenge, subverting the format slightly to compose 10 new works (which turned out to be 9 new works plus 1 new arrangement due to unexpected concussion) for 10 different performers who then all recorded their pieces for the album Lucky Dip.

That was a fantastic experience for me – incredible experimentation, great to work with a range of different performers from all over the world, and to hear all those pieces played at the end of it! Words cannot describe.

That was the year I started my Masters degree, which didn’t allow time for such internet hijinks, but now I’ve graduated, I’m raring to go and have signed up for RPM Challenge 2015!

This time, though, I’m taking a different approach. I’ve been doing some short courses at Morley College lately in Field Recording and Sound Art, and I have a lovely fancy new digital recorder that I need to get to know well before my next Crossing Dartmoor recording trip, not to mention a couple of mics I’ve not experimented much with, so my RPM Challenge album this year is going to be all about field recording.

I’m not sure yet how I’m going to structure it – I want to practice recording, but I also want to go wherever my ideas take me – so maybe all the sounds will be from one location, or maybe not; maybe I’ll produce an album that is all straight field recording, or maybe I’ll work in some musique concrète or mess about with voice or other instruments as well; maybe maybe.

For now though, I’m committing. I’ve got a few ideas for recording starting points and I’ll see where that takes me!

As usual with these sorts of projects, although blogging isn’t a requirement of RPM, I plan to blog my progress and thoughts more-or-less daily over at One Creative Thing. Come and join me? 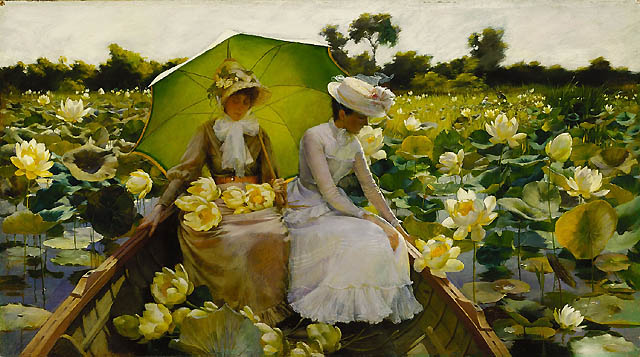 Now that my mini-opera, On Harrowdown Hill, is all done, I’m back to working on the two pieces that I abandoned to do it, and it occurred to me, coming back to them, that they have quite a bit in common which might be worth exploring.

The first piece, tentatively titled Lilies on the Silver Sea, is for quarter-tone alto flute for London flautist Carla Rees. It’ll be a solo piece, possibly a solo with tape if Carla’s keen – haven’t quite worked that out yet. The second is a piece for Bristol-based recorder quartet Pink Noise, which will probably be called Ladders of Escape.

The key thing about both pieces is that they pull me away from my usual working methods. Up till now most of the music I have written has used equal temperament and ‘normal’ orchestral instruments, so my usual approach of starting at the piano and then moving into Finale where I can hear an approximation of what I’m writing works well. Not so for these – Finale can certainly create scores with quarter-tones but getting them to play back seems to be a major faff – enough of a faff for me to have basically decided against even trying to compose for quarter-tone alto flute directly into Finale.

Similarly, Ladders of Escape will be using an assortment of extended techniques – and being written for multiple recorders, I’m not even sure I have the instrument sounds to start with, and if I do they’ll be the crappy instruments, not the decent ones, which will be painful and inaccurate. So with both pieces I’m kind of flying blind a bit. Well, not entirely blind, because I do know something about composition! but there won’t be that security blanket I usually have of “ah yes, that’s what I was aiming for” – I won’t know until I get the scores to the performers whether what I’m trying to do will work, which is a little scary when you’re not used to it.

However, both pieces have already been through a kind of sketch process with pieces in Lucky Dip, where I specifically explored material with these projects in mind. When I did Watching the Streets of Zurich and Brussels, an improvisation/field recording collage piece, I was specifically exploring quarter-tones and how I could use them and be comfortable using them. True, I was doing this on a normal C-flute – and a C-flute with closed holes at that, so that all the quarter-tones I used were created by rolling the flute in and out to sharpen or flatten.

Carla’s Kingma system flute, however, enables her to get precise quarter tones through fingering, so that they are there on the flute like any other note – no accidental microtonal glissanding (??) required. While I was quite happy with how Watching the Streets… turned out, I did find it a little disturbing that the flute part ended up sounding vaguely Asian. It wasn’t my intention, and while it’s something I quite like, it’s not really what I want for this piece. I think what I need to explore next for Lilies is probably to devise a quarter-tone-based tuning system/soundworld for the piece that works for me, rather than just barrelling at it and sticking in quarter-tones wherever I feel like it. This is probably obvious to people who already work with quarter-tones regularly, but I’m a newbie at this 🙂

The sketch for Ladders of Escape was the solo recorder piece Triptych for One, written for Jennifer Mackerras who is a member of Pink Noise. I knew that Jen was very open to extended techniques and wouldn’t mind trying out all sorts of odd sounds, so I kind of went for broke on that piece to see what things really sounded like – multiphonics, singing while playing, quarter-tones, flutter-tonguing, finger-vibrato. The challenge there was to be able to use this stuff but make it feel like an integral part of the piece, not just fancy stuff blopped onto a normal score.

It’s kind of an odd piece that one, and I’m still not 100% convinced it really works, but it taught me – more than anything else – that with recorders, you have no idea what will work until you get it onto the actual instrument. I wrote that one straight onto paper (VERY rare for me – haven’t done that since about 2nd year of my undergrad degree!) then copied it into Finale so it would be legible. I ended up using a flute sound (just because there needed to be a sound involved and I was curious to hear what I’d written) and it was AWFUL – hearing it on the recorder when Jen brought it round totally changed the piece and made it plausible.

So for both pieces, I need to throw away the safety blanket and take large leaps into the unknown. At least I’m on firmer ground where sources are concerned so I have ideas for mood and structure already in place.

Like many of my recent pieces, both of these have extra-musical points of departure. Lilies on the Silver Sea starts from a painting by Charles Courney Curran – Lotus Lilies (pictured) – which I saw at the National Gallery of Scotland in Edinburgh at their Impressionist Gardens exhibition in 2010. I found the postcard I bought of that painting when I was digging through some boxes and it reminded me, all over again, of the wonderful section at the end of C.S. Lewis’ Voyage of the Dawn Treader where they are sailing through sweet water, covered in lilies. I wanted to write a piece that reflected that serenity but swift movement, peace but exhilaration which Lewis conveys in his writing. Still not sure how I’m going to do that, but it’s given me some clear ideas about how I’m going to develop my material.

Ladders of Escape’s sources are a bit vaguer – its starting point is paintings by Miró (one example being ‘Une Étoile caresse le sein d’une négresse). He uses a ladder motif in many of his paintings, which in later work combines with a stylised image of a Catalan peasant, both of which convey a longing for his homeland, and for freedom and peace for that homeland. My idea for this one is that the work will be in three movements, exploring various facets of the ladder motif and what it represents.

So, new approaches. All a bit scary. And of course it also means that there’s unlikely to be much for you to listen to in future work-in-progress posts for these pieces, because no convenient MIDI renditions, but hopefully there’ll still be some interesting progress to report. Hopefully 🙂

Update: Lilies on the Silver Sea and Ladders of Escape are the subject of my (early) Creative Pact this year. Follow their progress over at One Creative Thing

My album for RPM Challenge is complete! It’s called Lucky Dip and you can download it for free – and get all the scores with it! – from my BandCamp store (email is required for the download because there will be updates to both the tracks and the scores over the next few weeks – if I know who you are, I can tell you there’s a new improved version).

I’ll be blogging about the experience of writing 10 pieces for 10 different performers in a (short!) month soon – it’s been incredible and I’ve learned a vast amount from this project which I’m sure will affect the music I write for weeks and months to come.

For everything about the project – to find out more, to listen or download – go to the Lucky Dip page at http://caitlinrowley.com/projects/luckydip