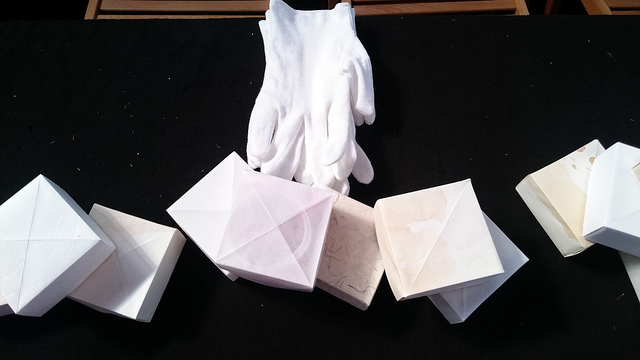 I’ve been thinking about this word for a couple of weeks now, and then it just came up in conversation with a friend the other day which just reinforced what I’ve been feeling: that my work is perhaps anti-theatrical. This has been prompted by a bit of an upsurge in the levels of theatricality lately in work I perform and work which is written by my friends. I really enjoy performing and watching overtly theatrical work, but it’s made me question my own work’s relationship with overt theatricality, and the conclusion I’ve come to is that I don’t feel it really fits with what I do.

Thinking back over recentish pieces where I’ve tried out overtly theatrical approaches, I’m feeling like a deliberately theatrical take on my pieces often somehow diminishes them. I absolutely don’t ever regret trying out new stuff, but I’m noticing a consistent feeling that the work comes through more strongly without extraneous elements being added.

Part of this, I think, is a recognition that I really dislike adding things that are just for effect – the gloves in Community of Objects might be read as a theatrical/costume device, but in reality they serve a practical purpose of protecting the performers’ hands from paper cuts and amplifying the sound of paper. That the look of them prompts associations with archival material and the handling of precious things is just a bonus, really. I’ve been stalled on Floor Piece for literally months because I had a feeling that costume would be useful for the live version, but I really didn’t want to be dressing up for the sake of dressing up – it didn’t start to move forward again (although it’s stalled a bit once more) until I came up with the idea of clothing which could be simultaneously sound-source and (kind-of) set.

None of this is to say that there isn’t a theatrical element to my work. In some pieces I think it’s unavoidable, but I think this is why anti-theatrical rather than not theatrical. Much of my work is about quite mundane things. I tend to think that a lot of what I do is making something out of little pieces of nothing at all, and the thing about mundane little nothings is that as soon as you put them on a stage, they are out of their context and are, at least to some extent, inherently theatrical. Which I feel is often quite enough and that to try to push that further just diminishes their specialness – it makes them no longer mundane and then it’s just a thing on a stage doing stagey things.

I don’t know if that’s going to make sense to anyone else – perhaps only to other people who tend to obsessively observe things like dust floating in the air or the texture and sound of paper – but I’m feeling that this is an important realisation for me about how to present my work. I doubt I’ll stop considering and trying overtly theatrical devices and approaches because new ideas = good, but I do think I will probably be more aware of whether the work is being actually improved by them.